The first MetaX OCTGN League Tournament recently concluded, running from July 15th to September 1st, 2018. 18 Participants joined in the fun, bringing a wide range of unique decks to vie for glory and promotional prizes. This event was organized by Chris Lambkin through the MetaX OCTGN League Facebook Group and represented not only the first online tournament effort, but also the first MetaX tournament that brought a broad range of players together, resulting in an intriguing metagame where many different types of decks were able to flourish.

Below you will find all of our Coverage of the event, including videos, articles, and podcasts that delve into the players, the decks, and the games themselves. In the Results section we’ve got a full breakdown of metagame in the event, infographics with some interesting facts about the Top 8 decks, and the complete round scoring for the entire event. Finally, hit the Decklists link or scroll down to find all 8 decks that made their way into the top cut.

Congratulations to Ricky Manz for winning first place with his rock-solid Rogues Gallery build, and thanks to everyone who participated – see you at the next MXOLT! 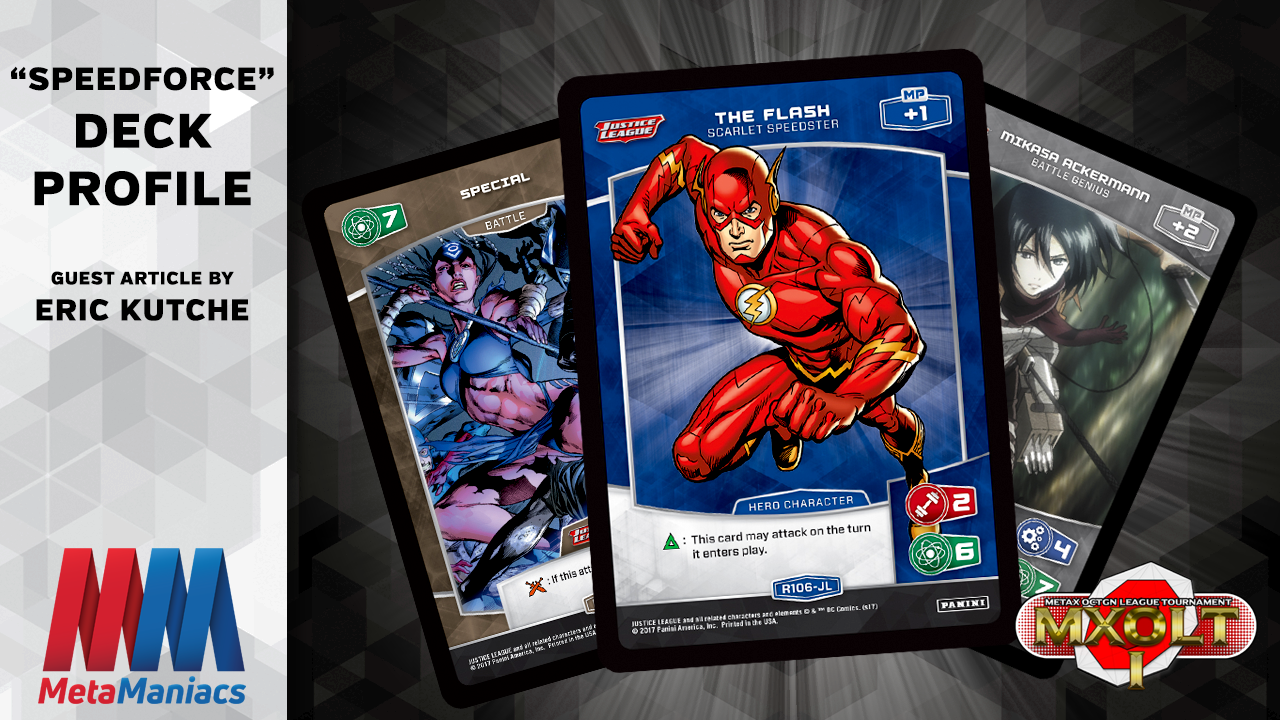 One on One: Ricky Manz (MXOLT I Champion) 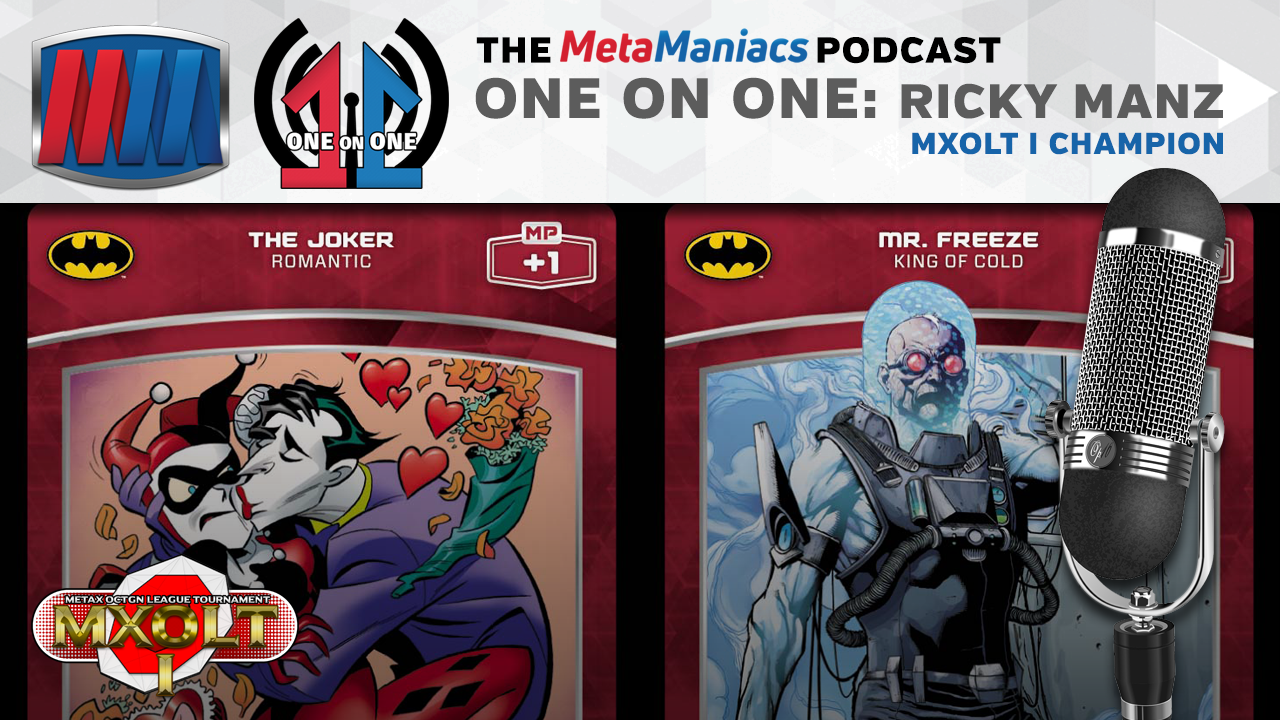 Video – MXOLT I Round 4 Gameplay with Jordan Syverson

Video – MXOLT I Round 5 Gameplay with Jordan Syverson 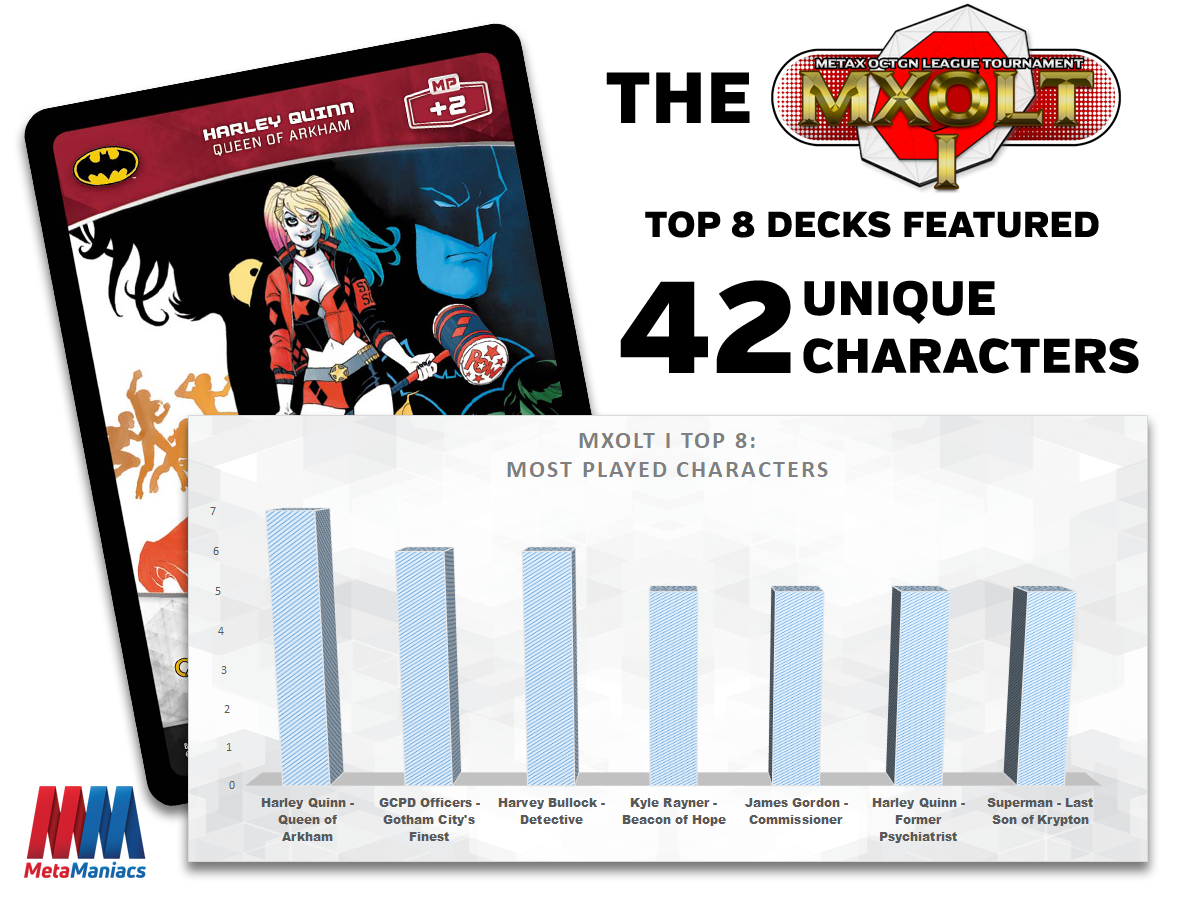 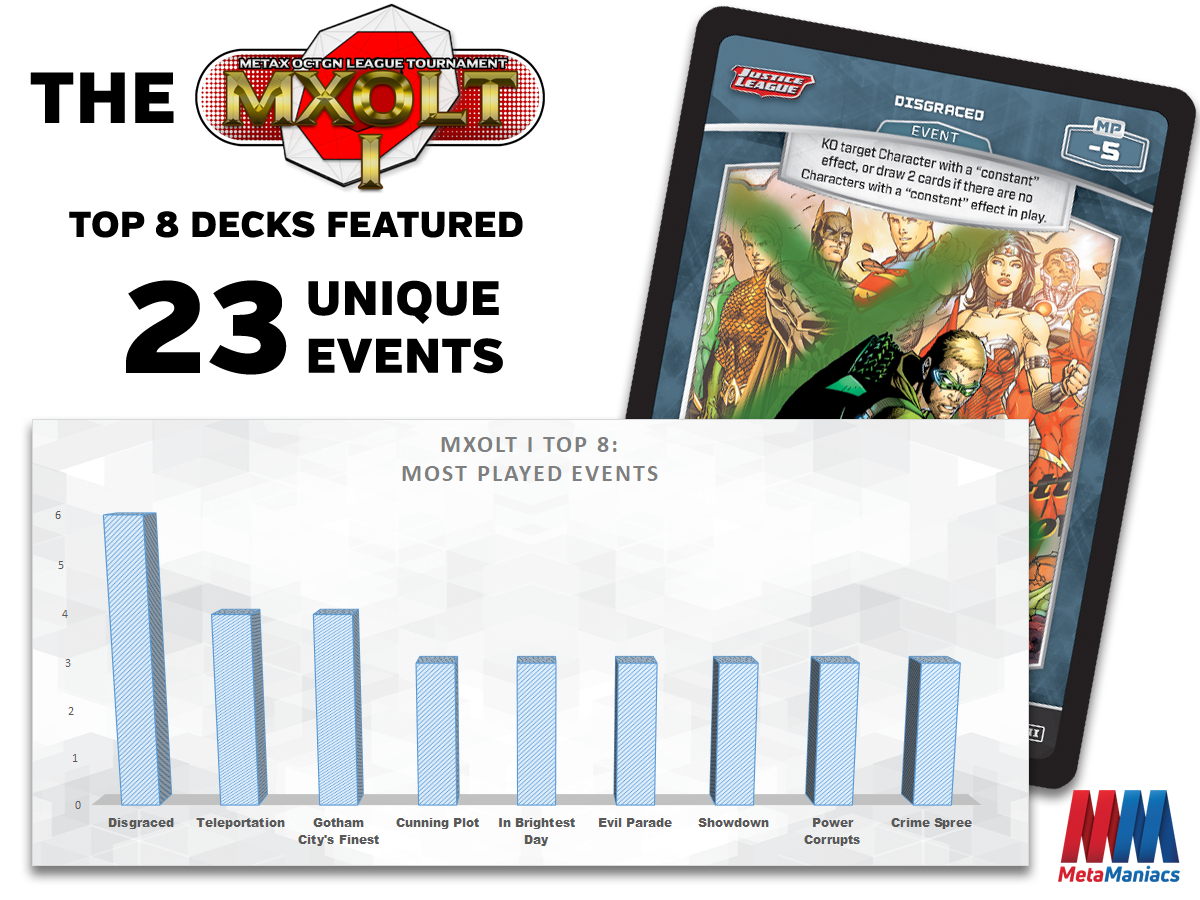 The MetaManiacs Podcast - Episode 2: The Future from our Eyes

Not What You Were Looking For?